Environment, Tourism and Sustainable Mobility. The Eusalp regions in Italy have the highest rankings for the use of bicycles with Lombardy, Veneto and Piedmont among the best in Italy. 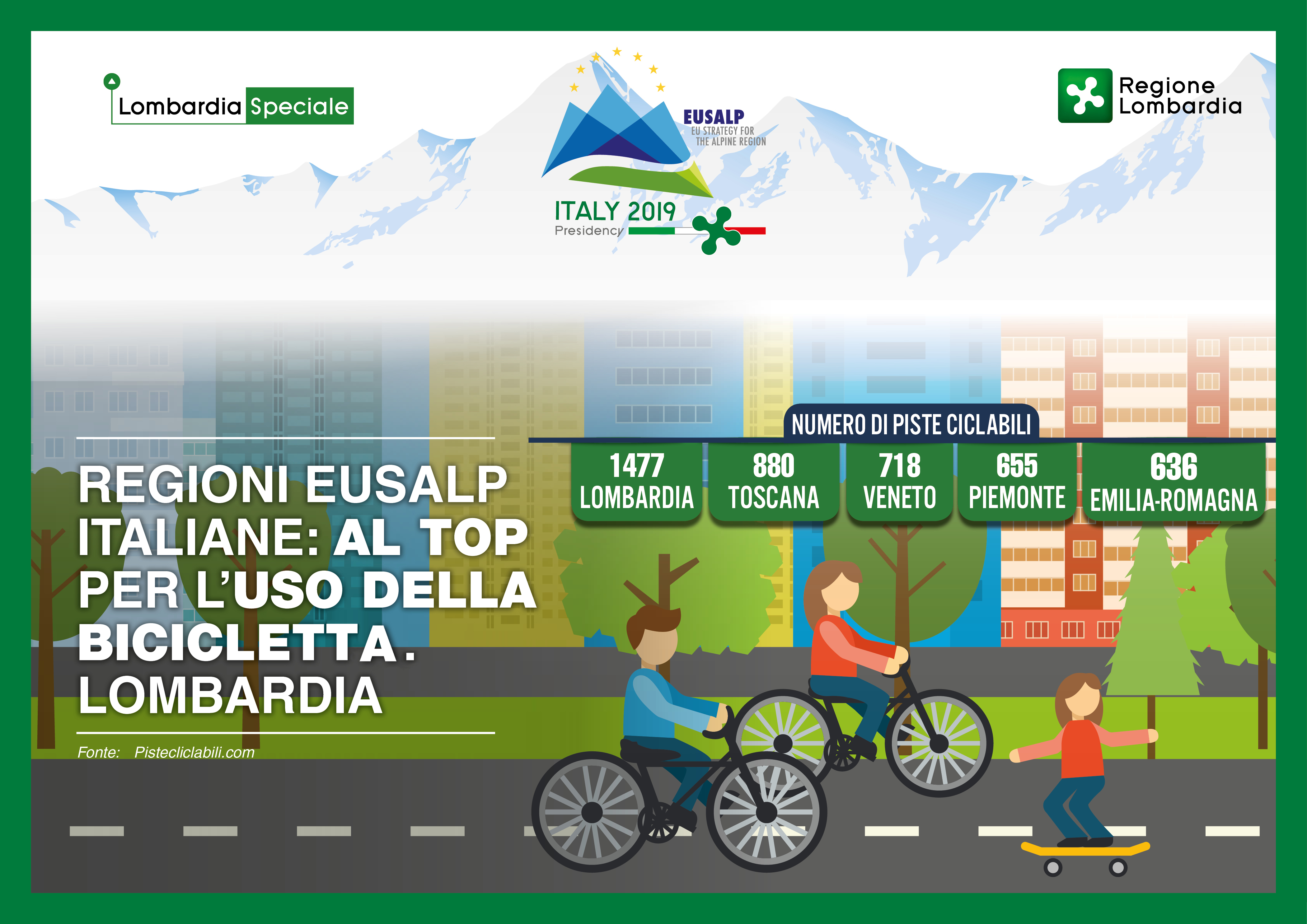 Environment, Tourism and Sustainable Mobility. The Eusalp regions in Italy have the highest rankings for the use of bicycles with Lombardy, Veneto and Piedmont among the best in Italy.

Environment, tourism and sustainable mobility are the three cornerstones of the Eusalp that are part of the macro-regional Strategy of the Alps in the Italian regions and find full realization in the presence and in the aesthetic and tourist beauty of the cycle paths. Lombardy, Veneto and Piedmont occupy the top four places in the Italian ranking with prominent rankings published by Pistecliclabili.com.  In Lombardy, Veneto and Piedmont there are 1477, 718 and 655 cycle paths respectively. Tuscany also has a good ranking with 880  followed by Emilia with 636.

In this special classification, Lombardy has the  second place in terms of the length of kilometers available  amounting to  707.6 kilometers, which is followed by Veneto with 538.9 kilometers. The first place on the podium is occupied by Emilia Romagna with 1,285.8 kilometers.

The most appreciated of all and considered the most beautiful in Europe according to tourist sites and enthusiasts is the one being completed on Lake Garda, which is 12 kilometers long and has a breathtaking view of one of the most picturesque corners of Italy.

The number of cycle paths is constantly increasing, as confirmed by the elaboration of the Continental Study Center on Istat data, from which it emerges that between 2011 and 2016 in Italy the cycle paths grew by 21.7%, reaching, in the capital provincial municipalities to a length of 4.370,1 km. In all of the Italian regions there was also an increase in the length of cycle paths, with the exception of Calabria and Molise, where a decrease was recorded.